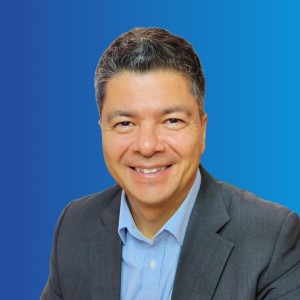 What makes one resume perform much better than another?

Hi, this is Chris and let’s talk about resumes. Specifically, what makes one resume perform much better than another? If your resume is not generating interviews for you then your resume is not working. So here are a few things to keep in mind when you’re putting together a resume for any job that you’re trying to apply to.

First, keep in mind that your resume has only about six to ten seconds to grab the attention of a reader, a recruiter, or a hiring manager. In this day and age, people are given stacks of resumes. They don’t really have time to go through all of them. They’re not going to look through all of them in great detail. But what they are going to do is quickly skim them and figure out who’s going to be in my include pile and who am I going to pass on. So here are a few things to think about if you want to be included as a candidate selected for an interview.

First, you want to have achievements not duties. You don’t want to describe your day to day responsibilities. You want to describe the results. What did you do that somebody else in your same shoes might not have been able to do and that’s what really matters. That’s what’s going to sell you, those strong career achievements, those strong results. And since people tend to exaggerate and sometimes people even outright lie on their resumes which I never encourage any client to do, how do you get credibility when you say that you have these strong achievements? Well, the way that you do that is by quantifying the impact of the results that you delivered. And ideally in a resume ninety percent of your bullets will be some form of quantitative statement of achievement. So, in other words, if you lead a team of a hundred, if you were a sales manager and you successfully grew sales by sixty percent, if you were in IT and you were able to put in place a new optimized procedure that reduced customer downtime by thirty percent. Whatever it might be, quantify the impact that you’ve had and that way people can quickly skim through your resume and really get a feel for the kind of results oriented person that you might be.

Competition in context, and what that means is that people want to know how well you did relative to others in your same group. Were you the number one salesperson out of a team of ten or did you graduate at the top of your class of three hundred or was your company able to achieve number one market share in a given product in a given market? Quantify and put in context how well you did versus everybody else.

Another thing that hiring managers, recruiters, love to see is steady career progression. They want to see you gradually getting promoted, gradually taking on more responsibility, expanding your role and seeing that gradual promotion. You got promoted then a few years later, promoted again, then promoted again. That kind of steady career progression indicates that you’re the kind of star player that can come in and make a difference and take on more responsibility inside their organization.

You want to have powerful brands. One of the big mistakes people make is they assume that everybody knows what your company may be doing or the products that they make when often except for just a few names, many people don’t know the names of other businesses. And so, if you do have very strong brands, I do encourage that you highlight them. In tech if you have Amazon, Google, Facebook, Apple. In banking, if you have Goldman Sachs, Morgan Stanley, JP Morgan. In consulting McKinsey, Bain, BCG. In any given field there are certain ‘A’ players and you want to have those brands emphasized on your resume because it really helps you to stand out versus everybody else who doesn’t have those kind of ‘A’ list brands.

And then for any given role that you have, there are certain phrases that would be used in your industry — those keywords, and skills. You want to make certain you’re emphasizing them and that they’re showing up numerous times throughout the resume. So, if you’re the world’s leading account manager, if you’re that solution architect, if you are that amazing executive who really makes a difference, let’s make certain that the roles that you’ve held have those keywords to indicate the kind of results you achieved in a quantified form that indicate that you are the right player. And that’s how your resume is going to get more attention. That’s how you’re going to get to the top of the pile. That’s how you’re going to get more interviews and your job search is going to perform much better.

If You Need Help

So, thank you so much. I hope you found that helpful. If you can do it on your own great. If you need any help putting together your resume, strengthening your personal brand, please speak with me. I’m always looking for more people I can help. You have a great one.